Will Spaying or Neutering Calm a Dog?

Will neutering calm a dog?

That response might sound complicated, but the underlying chemical mechanisms driving these behavioral changes are actually fairly simple to understand at a basic conceptual level. Understanding how and when your dog is developing hormonally can help dog owners decide when and when not to neuter or spay their pet.

Please note that we are dog photographers and not veterinary professionals. The information included here is provided only for entertainment purposes. When it comes to the health of your dog, the only person you should trust is your vet. When in doubt, always ask a vet!

Neutering is NOT an On / Off switch for dog aggression

Researchers have found that neutering can completely eliminate aggressive behaviors, nor is an intact dog necessarily an aggressive dog. The reason for this is pretty straightforward, simply put, all dogs are different.

Some dogs are simply born more aggressive. Some learn aggressive behaviors through improper socialization or acquire them through traumatic experiences. Others, through behavior modification, training or socialization learn to be calmer and resistant to aggressive triggers. There are a multitude of factors that combine and intertwine, influencing where a dog’s behavior may fall on the aggression scale. Researchers have discovered that even just how pups are ordered in the womb can have a impact on their behavior later in life.

To make things even more complicated, even acts that we define as aggressive tend to differ in explosiveness, or how quick a dog is to act aggressively when triggered, and how long a dog remains in aggressive or agitated state.

The explosiveness of a dogs aggression can vary widely. While it’s quite common to lump aggressive behaviors into an overly simplistic pile, based on actions or consequences, as in was anyone injured, who was injured or what was destroyed. But how, or more importantly why these aggressive or dominant behaviors are displayed also differs.

A hormone is a chemical substance, secreted by organs called glands. Hormones travel by way of body fluids to affect other tissue in a dog’s body, acting as chemical messengers, completing a number of important functions, many or which affected growth and behavior. The amount and levels of hormones can change daily, and their levels can vary radically through the various developmental life stages of a dog. 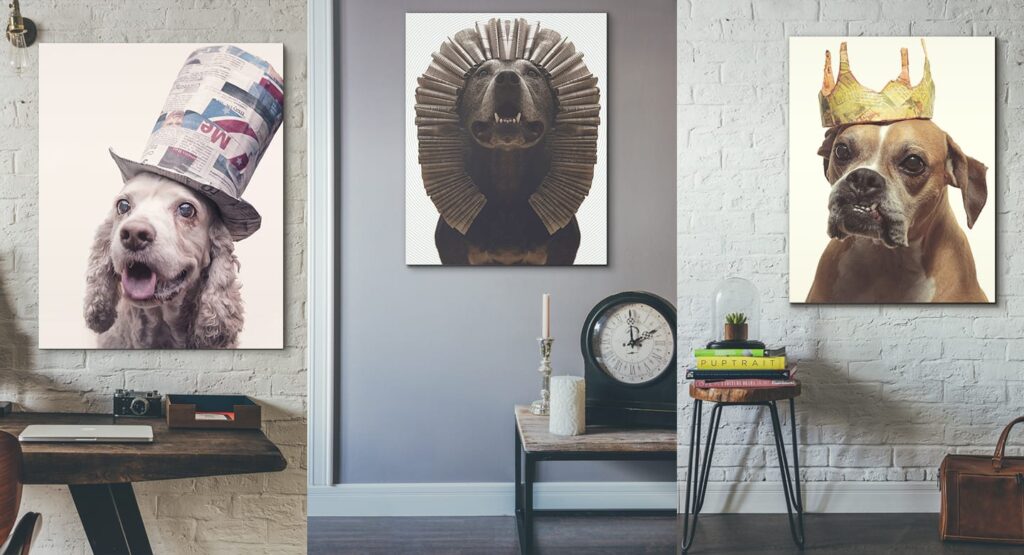 Not all dog hormones are the same

There are many different types of hormones and even more types of different chemicals that compose hormone groups. Each serves an important purpose in various bodily functions, often with one hormone serving several differing functions in a dog’s body.

In regards to aggression, there are different reasons why a dog can become aggressive or violent, and as such it should come as no surprise that these differing types of aggression are associated or influenced by a surge or lack of one hormone or another. So, to understand how to better prevent aggressive behaviors it is important to understand exactly how these different hormones interact with each other and the purposes that they serve in dog mating behaviors. As we are focused on aggression in relation to spaying and neutering, we will focus on the sex hormones.

Sex hormones levels are believed to surge twice in dogs. Both males and females begin from the same generic behavioral blue print until they experience their first surge of sex hormones prenatally. Both males and females experience a second surges around 6 months of age on average, possibly later in larger breeds, and in both instances, increased levels of sex hormones will further impact physical, behavioral and emotional development of the animal in sexually dimorphic ways.

How does neutering impact a male dog?

Testosterone is typically referred to as the male sex hormone. It has an androgenizing effect on both males and females, and as such is associated with male specific behaviors and physical traits. It is produced by a few glands in the body, but predominantly by the testicles, which are commonly removed during neutering. In the grand scheme of mating behaviors it is typically associated with male specific behaviors, such as fighting for dominance or the right to mate with females. Male dogs experience two surges in testosterone levels, the first prenatally while still in the womb, the second as they enter puberty and get closer to sexual maturity or around 6 months of age. The levels peak and at 12 months begin to decline, generally leveling out to a stable adult level at 18 months.

Contrary to what the term male sex hormone make indicate, females also produce and are effected by testosterone, albeit generally at lower levels, as both the ovaries and adrenal glands produce testosterone. Female dogs may also experience larger levels of testosterone prenatally depending on how their litter is arranged in the womb. Researchers have discovered that a female pup, if located between two males during their prenatal hormone surge, may absorb some of their brother’s hormones and in such instances may be more likely to present aggressive behaviors later in life.

How does spaying impact a female dog?

Estrogen is typically referred to as the female sex hormone. It is produced in the ovaries and the body’s fat tissue. Chemically, estrogen is structured very similarly to testosterone. In fact, for a cell to use testosterone is must first be converted to estrogen. Estrogen, along with Progesterone (which we will discuss shortly), are produced in cyclic levels along with the dog’s estrus and pregnancy cycles. Both responsible for a number of pregnancy related behaviors, including nest building, guarding possessions and milk production. Resource guarding is a particularly common trigger for aggression in many dogs. Higher levels of Estrogen have also been associated with aggressive dominance towards other dogs and human guardians, as well as indiscriminate eating.

Progesterone production is very similar to estrogen, with some notable differences, namely cyclic increases of estrogen are generally short term surges, where progesterone increases tend to last for much longer, and may remain increased for months. Progestins have been demonstrated to have a calming effect on many animals including dogs and it is believed that they serve functionally as a counter balance to estrogen.

Will neutering calm a male dog?

Generally speaking, male dogs will become calmer and less aggressive with neutering, particularly if completed prior to their second surge of hormones that occurs around the 6 month period. However, due to influence of prenatal exposure neutering any sooner has not shown to be associated with any further improvements in behavior, nor can it inhibit aggressive behaviors completely. However, neutering has been associated with marked decreases in explosiveness or the severity and duration of aggressive outbursts. Males who are neutered later in life do generally calm down after being castrated, however it should be noted that they are likely to continue to exhibit some male dimorphic behaviors such as marking, mounting and dominance. Or they may not, depending on what their hormonal baseline was prenatally or while intact as an adult, or post sterilization, and what behavioral modification or training, if any, they have experienced.

When spaying female dogs, timing is everything

Neutering a female can have opposing results on her behavior depending namely on how much testosterone she experienced in the womb and how closely she is to her estrus cycle when she is spayed. As we mentioned above, females who are exposed to high levels of testosterone in the womb tend to display more aggressive and dominant behaviors. And since progestins can have a calming influence, it may be beneficial for a female to remain in tact until her behavior can be modified through training. This process may take as long as two years or roughly four estrus cycles before it is to have a significant impact on the behavior of the dog.

With that in mind, it’s important to weigh the behavioral disadvantages of early neutering heavily against the consequences of waiting, as estrus cycles can be quite messy and each cycle is another opportunity for the dog to become pregnant. And considering that most states in the USA legally mandate that a dog is sterilized before being adopted, it should come as no surprise that rescues, pounds and shelters, as over crowded as they already are, tend to lean very heavily towards neutering females as quickly as safely possible.

That said, even if a female does not display aggressive dominance, timing is still an important factor. As mentioned above, progestins tend to remain at high levels in a dog for up to 2 months following her estrus cycle. As progestins tend to have a calming effect on dogs, removing the source of the hormones suddenly may promote aggression and irritability in some animals.

Will neutering my dog make them easier to photograph?

Neutering your dog will not make them more photogenic. Making your dog sit still for photos has little to do with their hormone levels or the state of their reproductive organs. If you want to take better dog portraits, focus more on learning how to communicate with your dog and the different styles of dog portraits. But if you want to photograph your dog the easy way, why not just hire a professional? Believe or not there are photographers that work exclusively with pets. In fact, some only work with dogs. These pet portrait artists can provide an easy and affordable alternative to learning the ins and outs of photography on your own.

Will spaying calm a female dog?

When performed responsibly and combined with proper training, surgical castration can improve the behavior of your dog by making it calmer and less dominant, and accordingly easier to train and less likely to be involved in an aggressive altercation. When considering that neutering has overwhelmingly been associated with longer lifespans in dogs, we highly recommend that if you are not breeding your dog, that they should be neutered as soon as safely possible. In summary, neutering your dog may help it live a happier and healthier life.

Please note this article is a summary of another article we wrote previously. For further details or citations to our research sources please visit the original in depth post.

Working with a professional photographer to capture your favorite fur baby can be a lot of fun. But how do you know if you are choosing the right photographer to work with your pet? We put together a quick list of questions to help you make the most of your dog’s photoshoot. In this pet portrait buying guide you will learn about what red flags to be on the look out for when shopping for a pet photographer in your area and what questions to ask to ensure that you’re receiving the best deal on pet portraits.